Can President Trump be arrested for income tax fraud? 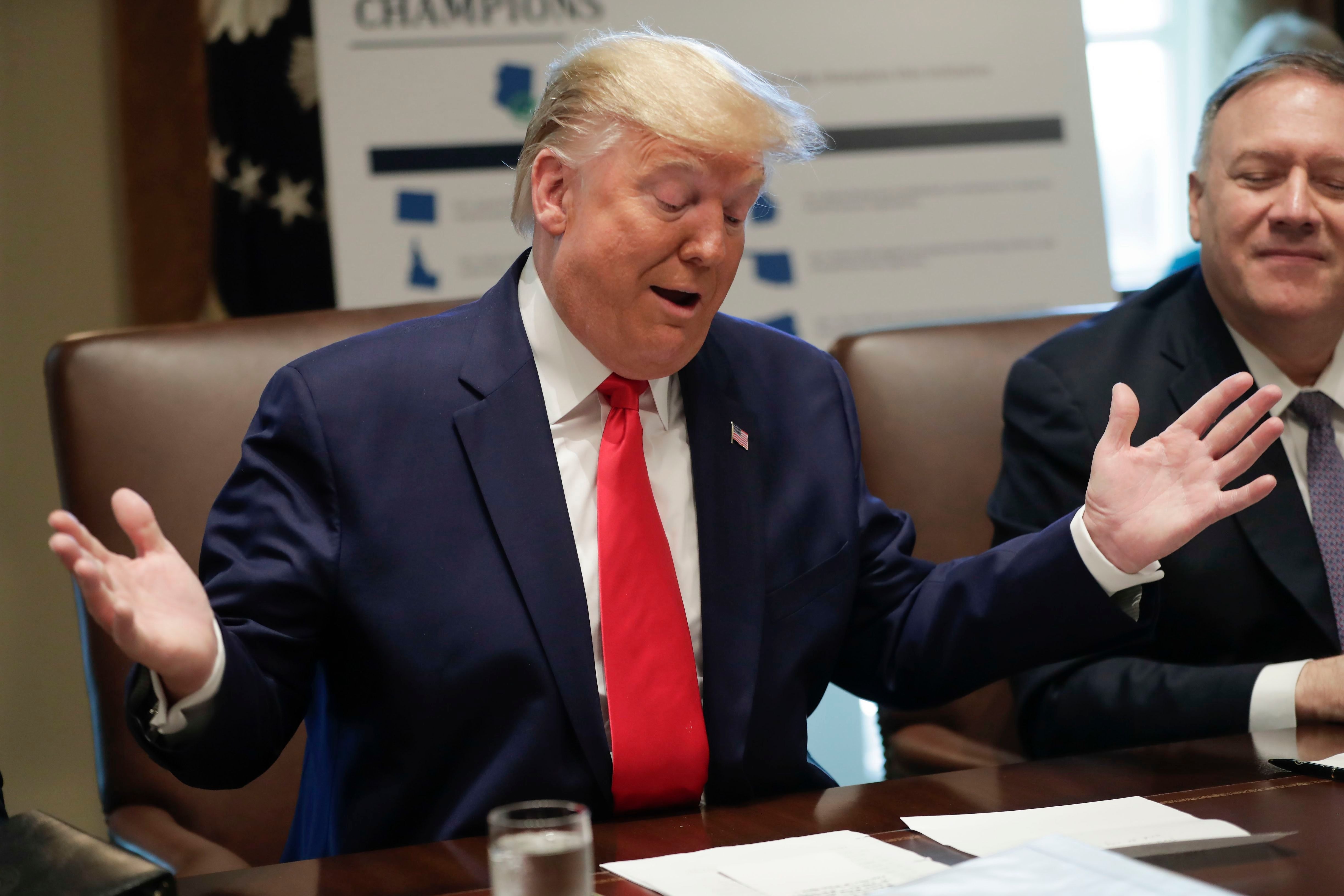 Courts have recently ruled that President Trump must release eight years worth of tax returns to both the Manhattan district attorney as well as Congress, and recent reporting has raised the question of whether Trump could be arrested for tax fraud. But while the process of looking into complicated financial matters of a high-income individual along with statutes of limitations and the murky process of criminally charging a sitting president could make it difficult to put Trump behind bars, its certainly not impossible that hell end up in court.

Hes going to potentially have some real problems, says Ryan Blanch, a New York criminal defense lawyer who works on white-collar cases. In tax division cases and certain other white-collar cases where it is a wobbler where it could go either way often times they will give the person the benefit of the doubt and let it get handled civilly by the IRS through fines. But here it seems if they can make a case, theyre going to prosecute a case, because everyone is chomping at the bit.

Currently, the Manhattan district attorney is seeking records related to payments to former porn star Stormy Daniels to silence her claims that she had an affair with Trump, which he denies. Trumps lawyer Michael Cohen admitted to making the payments at Trumps direction and is serving a three-year prison sentence for tax fraud, violating campaign finance laws, and lying to Congress. Meanwhile, the House Oversight and Reform Committee subpoenaed the records as part of its congressional oversight duties. The committee said that it wanted to decide if it should change financial disclosure laws as justification for the move, but also conceded that it wanted to determine whether the president had committed a crime.

Meanwhile, a ProPublica investigation published last week asserted that there were major inconsistencies when comparing Trumps tax documents to his loan documents. The inconsistencies seemed to make some of Trumps properties look more profitable to his lender and less profitable to tax officials. While experts told ProPublica that there are legitimate reasons numbers might differ, one said that the discrepancies seemed like unjustifiable versions of fraud. 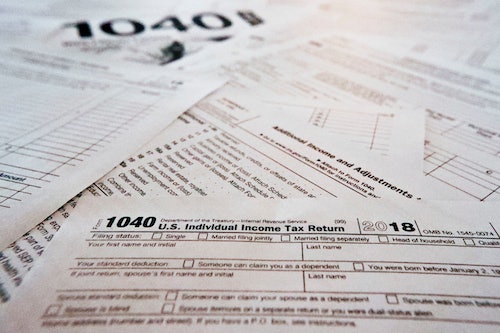 Whether you got your bank loan by inflating your residential income, or those numbers were real and you just didnt report to the [Internal Revenue Service], Blanch says, a prosecutor could decide to charge you with either tax fraud or bank fraud.

What a 2018 New York Times report uncovered is also very serious, according to Annette Nellen, a tax expert and professor at San Jose State University. The special investigation from the Times last October revealed that Trump profited from tax schemes with his father and family in the 1990s, including setting up a sham company and disguising financial gifts as business transactions to avoid paying a high tax rate. Mic reached out to the Trump Organization and Trumps tax counsel for comment, but neither responded.

Thats very serious, if someones disguising gifts as business deductions, Nellen says. Now the question is when were those returns filed? Has the statute of limitations closed, or was there enough wrong that the statute is still open?

Generally, the statute of limitations for criminal tax offenses is six years for more serious offenses, according to the Justice Department. Civil penalties can be handed down no matter how much time has passed, but the most egregious accusations in Trumps case go decades back, and it seems unlikely the IRS would investigate them now, experts told USA Today after the Times article came out last year.

I dont think thats a real-world scenario where they dig that up and go back to when his father was alive and how assets were transferred, Blanch says. But what the ProPublica report uncovered is recent enough that a case could be made that the statute of limitations should be tolled. Tolling is generally used to pause the statutes of limitations when a person who may have committed a crime is evading authorities. Blanch says prosecutors could use that principle and decide to wait to charge Trump until after hes out of office, then argue that the statutes of limitations were paused while he was president.

Criminal tax prosecutions are fairly rare, says Mark Gergen, a tax law and policy professor at the University of California at Berkeley School of Law. According to data from the IRS, just over 2,000 people were criminally charged in 2018 but two members of Trumps inner circle have been charged and convicted for tax crimes. There was Cohens guilty plea for five counts of tax evasion, and former Trump campaign manager Paul Manafort was also convicted of five counts of tax fraud. Manafort was sentenced to nearly four years in prison for those and other charges this March. 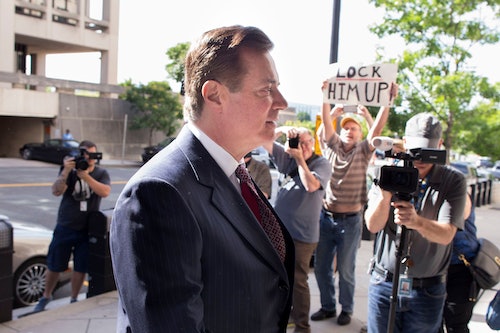 While its not unimaginable to picture Trump facing charges, considering his colleagues convictions, there has been much debate about whether a sitting president can be charged with a crime. Neither the U.S. Constitution nor the Supreme Court have addressed the issue, according to Reuters, though a Justice Department policy states that a sitting president is constitutionally immune from indictment. He wont be immune forever, though.

Certainly once he's no longer president, he'd be like anyone else, Nellen says. The same rules apply.

To arrest and convict someone for tax fraud, prosecutors must show that the crime was willful and not just a mistake, Nellen and Gergen both point out. Sometimes there are errors on a return. They had no idea, it could be a mistake, Nellen says.

But if they knew what they were saying is wrong, that would be enough to establish that they willfully violated, Gergen says. Proving they knew that, though, is challenging. Its up to the IRS to do an audit and get all the necessary documents, and for Trump, who has complicated transactions like investments outside the United States, partnership investments, and royalties for the use of his name, any investigation would take a while.

The IRS is, in fact, auditing the president, which it mandatorily does each year. But multiple people told The Washington Post in early October that a whistleblower complaint was filed that claimed a political appointee of the Treasury Department had tried to interfere with the audit. As the Post reported, political appointees are meant to be barred from any participation in the auditing process. The Treasury Department did not respond to a request from Mic for comment.

If prosecutors can verify news outlets reporting on Trumps taxes with the underlying documents, Trump could be potentially charged either federally or in New York for these allegations, according to Blanch. He adds that prosecutors are possibly trying to balance whether they can indict a sitting president with wanting to be the one to bring him down.

Here youve got, for lack of a better term, a feeding frenzy of people getting in line all wanting to come after the president, he says. And I wonder if its not a race.

Can President Trump be arrested for income tax fraud?