The bizarre dog whistles in a campaign video Trump tweeted out, explained 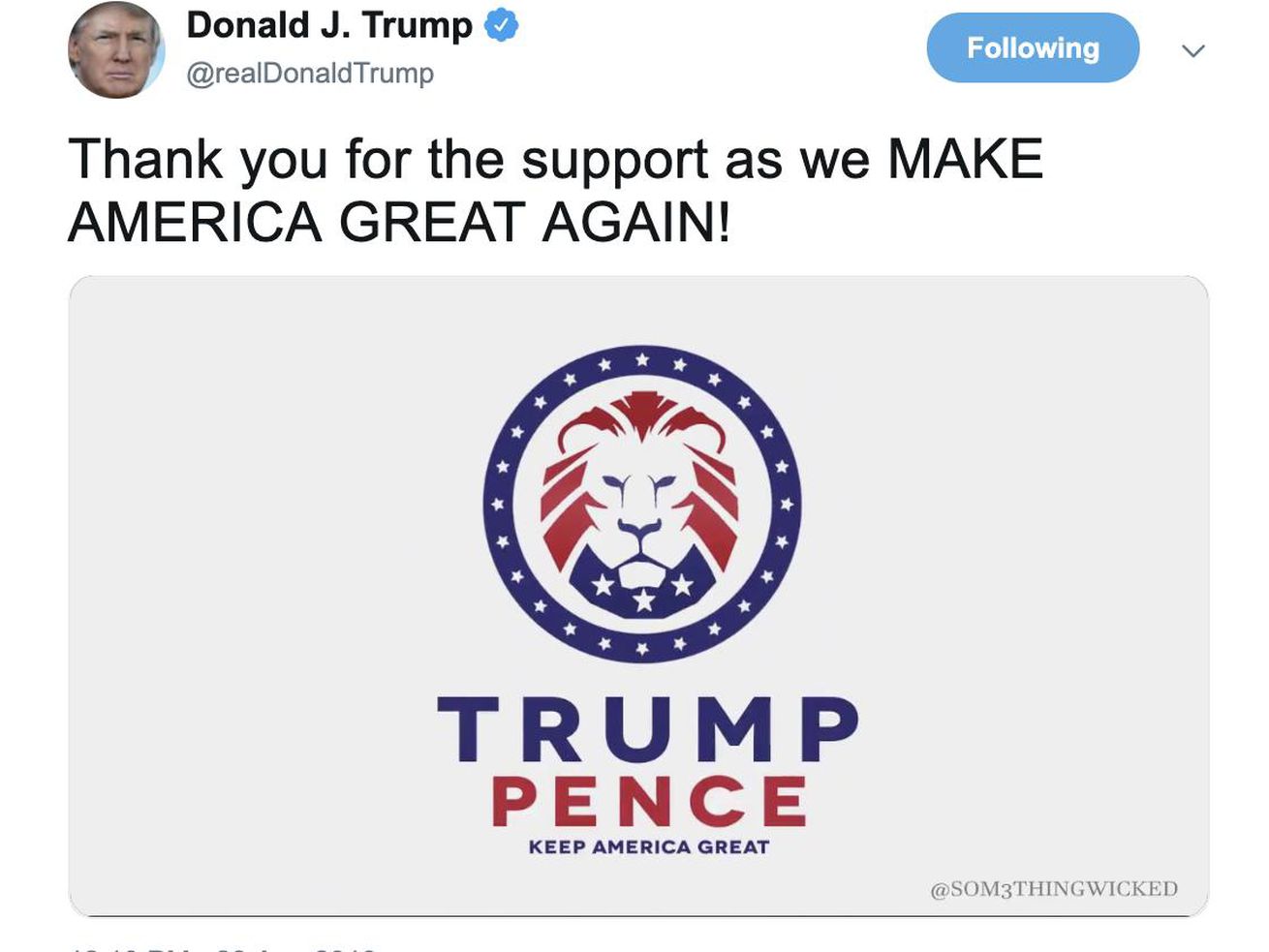 On Wednesday afternoon, President Donald Trump tweeted out an animated video that serves as a reelection ad of sorts. The video, which was put together by a right-wing “content creator” with the Twitter handle @som3thingwicked, highlights Trump’s first-term accomplishments, such as low unemployment and stock market gains. There’s nothing odd about any of that.

Close observers, however, noticed two dog whistles that may have escaped notice but speak to Trump’s long history of cozying up to white supremacists and authoritarians — as well as crudeness.

The lion logo in that Trump reelection video, briefly explained

First, and most notably, the video closes with an unusual Trump/Pence lion logo. 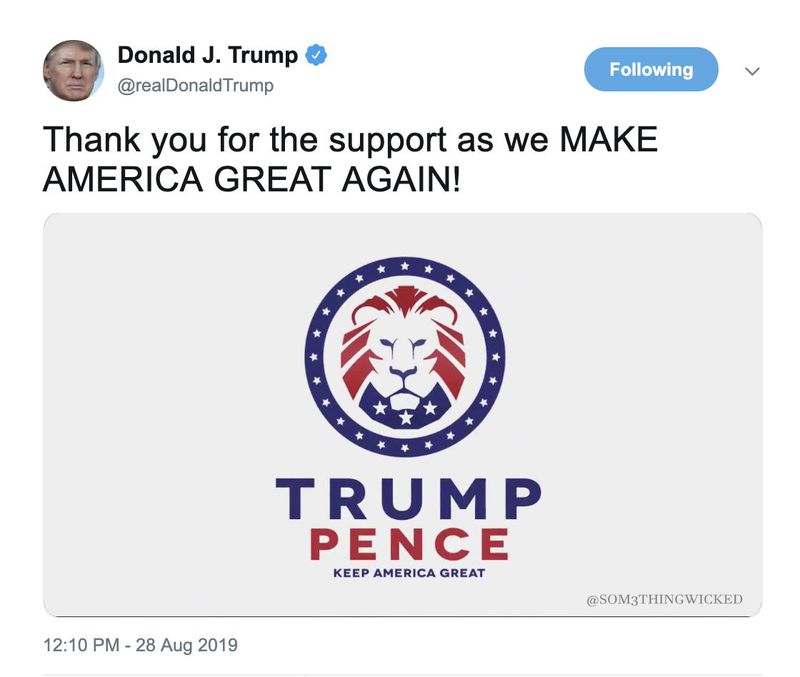 This logo might not seem like much at first glance. But, as Mediaite details, a number of people noticed that it is nearly identical to one posted by VDare, an anti-immigration Southern Poverty Law Center-designated “hate group” whose website is a platform for white supremacy. Coincidentally, VDare has been in the news in recent days after the Department of Justice came under heavy criticism for distributing a news briefing to government employees that included a link to an anti-Semitic screed on VDare’s site.

As my colleague Jane Coaston has explained, VDare describes itself as focused on the “racial and culture identity of America” and regularly amplifies some of the most notorious white supremacists in the country:

VDare’s perception of itself as focused on “just asking questions” and merely “politically incorrect” is belied by the website itself and its stable of contributors, who include some of the most visible white nationalists in the movement today. That includes [VDare publisher Peter] Brimelow himself, who has argued that America’s immigration policy is “Adolf Hitler’s posthumous revenge on America” and told talk radio host Alan Colmes in 2016 that he would welcome a return to pre-1965 barriers to non-white immigrants because “I think the US is a white nation.”

These are the sources Trump’s digital team appears to be inspired by for content. Here’s an April 2016 tweet from a VDare account that uses the same logo seen in Trump’s video:

But the origins of the lion head imagery go deeper than VDare. The month before VDare posted that tweet, a group calling itself the Lion Guard launched a website. The group claimed to be “dedicated to the safety and security of Trump supporters” and “willing to forcefully protect” Trump from threats.

As author Horace Bloom detailed, lion imagery has deep roots in fascism. Trump in fact tweeted out a Benito Mussolini quote in February 2016 that likely inspired the lion’s head logo that emerged a month later.

"@ilduce2016: “It is better to live one day as a lion than 100 years as a sheep.” – @realDonaldTrump #MakeAmericaGreatAgain"

On Wednesday, the creator of the Trump video, @some3thingwicked, claimed on Twitter that he had no knowledge of the lion head logo’s association with fascism, and instead tried to pin blame on Google.

Less ominously, but also notable, is the fact that the videos includes a brief animation of a bull’s testicles swinging wildly — one that the video creator tweeted was meant to allude to Trump’s “HUEVOS.”

The illustrated bull is meant to allude to the “Charging Bull” statue in Manhattan’s Financial District. It’s shown behind a graphic showing the Dow Jones’s closing number on July 15, 2019 (conveniently, since the Dow has dropped about 1,000 points since then). But as the bull is shown, you can see its testicles swinging in a crude touch meant to allude to Trump’s masculinity.

Here's the part of the video Trump tweeted on Wednesday in which an animated bull's testicles can be seen swinging wildly https://t.co/jHSnUCU8MH pic.twitter.com/2w1UOld6DL

Of course, it’s possible that Trump — who has a long history of retweeting fringe conspiracy theorists and white supremacists — wasn’t aware that the video he was sharing from his Twitter account included dog whistles and crude illustrations. But that doesn’t make it okay.

Whether he did so willingly or not, Trump ended up amplifying propaganda that seemed to wink and nod at white supremacists and fascists. That, in itself, is a significant indictment of the way he’s doing his job as president.


The bizarre dog whistles in a campaign video Trump tweeted out, explained