Does Donald Trump Speak Any Other Languages? He Has 1 Clear Favorite 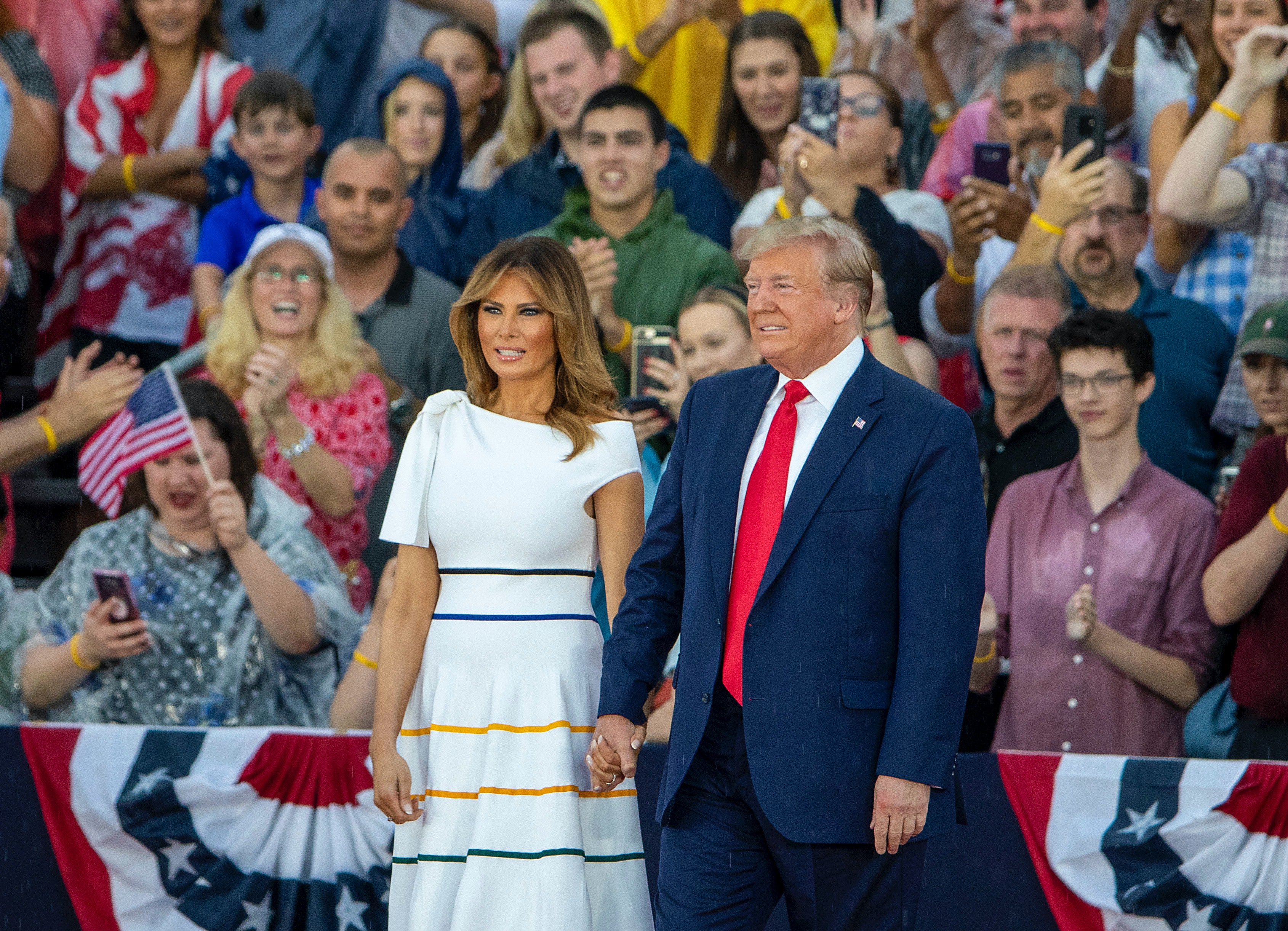 In an international politics, it can be a blessing to speak more than one language. It's good diplomacy to be able to share a few words with your international colleagues, you're more likely to pick up on nuance, and you have a much easier time asking where the bathroom is when you're traveling. But not all politicians have more than one language under their belts. So, how many languages does Donald Trump speak? Well, he has one clear favorite.

It appears that President Donald Trump only speaks English, despite the fact that members of his family are multilingual. America has yet to hear him speak full sentences in any other language, and English-centric campaigning appears to be a point of pride for his administration. In 2015, he even said that, Were a nation that speaks English, and I think while were in this nation we should be speaking English, per Reuters. In an analysis of his 2016 presidential race, Politico reported that Trump spent zero dollars on Spanish ads compared to Barack Obama and Mitt Romneys combined $23 million in 2012. Elite Daily reached out to the White House for clarification on Trump's language skills, but did not immediately hear back.

However, Trumps current wife, first lady Melania Trump, speaks enough languages to make up for her apparently monolingual husband. The first lady was born in Slovenia and speaks English, French, Serbian and German in addition to her native Slovenian, according to CBS News. Their only son Barron is bilingual in English and Slovenian; Melania once said on HLN that he was raised to weave naturally back and forth between them.

Trumps first marriage was similarly multilingual: His first wife Ivana Trump was born in the Czech Republic, and their eldest son Donald Trump, Jr. is fluent in her native Czech, according to his own mother in 1989. (Younger sister Ivanka, by her own admission, speaks Czech "poorly." She tweeted in 2010, "I seem to only know the curse words!") Trump Jr. and Ivanka also reportedly speak French pretty well after learning it in school. Its pretty noteworthy, then, that Trump stuck exclusively to English on his campaign trail (except maybe when he once tried to speak Hindi in that television ad?)

Theres nothing abnormal about not being able to speak another language. Aside from campaigning to potential voters, its not like recent presidents George W. Bush or Barack Obama masterfully switched between other languages while in office. Franklin D. Roosevelt, who served all the way back in the 1930s and spoke German and French, is sometimes cited to have been the last multilingual president.

Trump's comments about those who speak other languages have raised some eyebrows, though. In August 2018, he told an audience that a Latino Border Patrol officer speaks perfect English" during a speech honoring officers of Immigration and Customs Enforcement (ICE) and Customs and Border Protection (CBP). While running against Jeb Bush for the Republican presidential nomination in 2015, Trump called out Bush for speaking Spanish, saying he should really set the example by speaking English while in the United States. Bush, who served as governor of Florida, is a fluent Spanish speaker.

In a close and packed race to take the White House in 2020, linguistic prowess has become one small tactic to appeal to potential voters. If Donald Trump is to run for re-election, he'll be up against candidates who have made some waves with their foreign language abilities. It's been almost two months, but former Congressman Beto ORourkes sudden Spanish remarks on the first Democratic debate stage still remains perhaps the night's most meme-worthy highlight. Responses were mixed: Some Spanish media loved ORourkes endearing schpiel, while others saw it as pandering. In the meantime, his competition Mayor Pete Buttigieg of South Bend, Indiana, has made a name for himself as a polyglot, spewing new languages everywhere he goes.

It's not irrelevant to voters, either. Census data released in 2015 shows that about 20% of Americans speak a language other than English at home, although many of them are also proficient in English. More than half of those reported that they speak Spanish at home.

So, who knows if Trump will turn English-only into an asset if pitted against a more linguistically gifted 2020 Democrat? Even if he cant jump into the conversation next time someone pulls an ORourke on a debate stage, he does have his admirable ability to spin a narrative to his talking point. Worst comes to worst, maybe he can ask Melania to translate.

Does Donald Trump Speak Any Other Languages? He Has 1 Clear Favorite